Robyn Warhol reads like a Victorian—and now you can too

Robyn Warhol reads like a Victorian—and now you can too 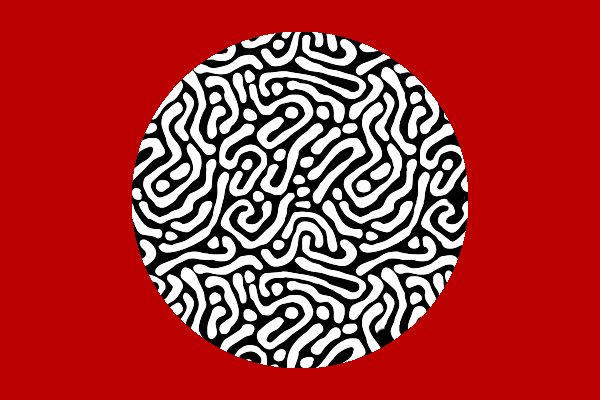 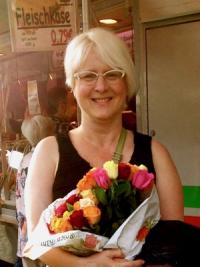 Whether we are willing to admit it or not, we have all indulged in the occasional TV binge. Maybe you were one of the millions of Americans who binged Tiger King at the beginning of quarantine, or perhaps you’ve participated in an all-day Harry Potter marathon. I will confess that I consumed all 413 minutes (a modest achievement in the grand scheme of bingeing) of the Netflix adaptation of Shadow and Bone in a single day.

It is more and more common nowadays for an entire season of a TV series—specifically, TV series produced by streaming platforms—to drop at once, as opposed to being meted out at a rate of one episode per week. There are some notable exceptions; for example, WandaVision and The Falcon and the Winter Soldier, Disney+ series set in the Marvel Cinematic Universe, were both released on an episode-per-week basis. Producer Kevin Feige spoke of the benefits of such an approach at a press conference, explaining, “Disney, I think, was very smart to do the week-by-week [release] because that conversation that happens every week between episodes, I think it’s very important, and frankly, is just fun.”

Professor Robyn Warhol believes there is even greater insight to be gained from episodic narrative consumption. Her first “aha!” moment was born of the TV landscape of the 2000s. “I was watching a lot of weekly ‘quality TV’ series at the same time,” she recalls. “I noticed that the storylines of all the series I was following would intertwine in my memory as I waited each week for the new installments. The stories started to talk to each other in my mind, and it made me understand each of the shows differently than I would have if I’d been bingeing them one at a time.”

The realization was the result of decades spent considering the relationship between TV-watching and novel-reading. It was also what prompted the arrival of Warhol’s second “aha!” moment.

“It occurred to me that the first readers of Victorian novels were reading them this same way,” Warhol says. Most novels dating from the early Victorian era were originally published as newspaper or magazine serials. To learn what happened to their favorite characters, Victorian readers typically had to wait an entire month until the next issue came out. In the meantime, they would read the latest installments of other episodic publications.

In making this connection between Victorian reading practices and (pre-streaming services) TV consumption, Warhol saw a unique opportunity. “I decided I wanted to try it out, to see if reading nineteenth-century serial novels ‘synchronically’... would change the way I understood the books I knew and loved,” she says. “Synchronically” is the term Warhol and a fellow scholar coined to describe consuming multiple episodic narratives at the same time; for example, watching Show A on Mondays, Show B on Tuesdays, Show C on Wednesdays and so on, holding the ongoing plots in your mind while you wait for the next installment of each show.

Warhol chose to incorporate the experiment into her professorial duties. “I was teaching a graduate seminar in spring 2015 where we were reading four Victorian serial novels,” she recounts. Rather than read one book in its entirety at a time, the class read the novels “in the order in which their installments were published.” For example, “We read all the October 1864 installments for the novels by Trollope, Dickens, Gaskell and Collins, then we read all the November 1864 installments, and so on,” Warhol explains. “The idea was to experience the serials the way their original readers would have, when they had to interrupt their reading to wait for the next month’s installment of each book they were following.”

Though simple in concept, Warhol says her students found the process quite challenging. “It was almost impossible to do this with hard copies, especially since paperbacks usually don’t show you where one installment ends and the next begins,” Warhol says. “[Students] had to track their assignments on an elaborate spreadsheet that took me ages to put together. And nobody wanted to carry four 600-page novels around all the time just to do their homework.”

Warhol quickly realized that modern printed editions of Victorian novels inhibited her students from experiencing the works as Victorian readers would have. “I needed a website to make it manageable,” she explains.

Warhol learned how to create a WordPress website at the Digital Media and Composing Institute, an annual event hosted by The Ohio State University’s Department of English and Digital Media Project. “The [website] template was really intended for a small business to sell stuff, but with help I was able to figure out how to get the site to index and access installments of Victorian serial novels that were on the web,” she says. The WordPress site would be only the first iteration of “Reading Like a Victorian”; Warhol later procured the funds necessary to recruit ASC Technology Services to build a newer and better website. The final project is “more intuitive, more aesthetically pleasing and generally easier to use,” Warhol attests. “Its timeline links you to installments of 215 Victorian works, which you can search by author and genre.”

Today, Reading Like a Victorian is a success in Warhol’s class and across the world. “I presented the idea at a lot of conferences all over the U.S. and in places like Amsterdam, Oslo and Tel Aviv,” Warhol recounts. “Many colleagues at other colleges liked it enough to use the site in their courses.” The number of visitors to the site reflects its global appeal. “It was also very exciting to watch the Google Analytics on the first version of the site, as the number of visits to Reading Like a Victorian climbed to almost a million,” Warhol remembers.

Warhol shares credit for Reading Like a Victorian with many people. The original concept was borne from collaboration with Helena Michie, a professor and friend at Rice University. In addition to brainstorming together, she and Michie wrote what Warhol describes as “an essay with four case studies of what happens when you read Victorian novels synchronically.” The essay is slated to be released in the January 2022 edition of the journal Narrative, edited by the department’s own Jim Phelan.

However, “the most rewarding aspect,” Warhol says, “was working with my fabulous grad students, Colleen Morrissey and Drew Sweet, and with our incredible librarians, Jen Schnabel (the English Literature librarian) and Leigh Bonds (the Digital Humanities librarian) at Thompson.”

When asked what was next for the Reading Like a Victorian project, Warhol shares, “I am currently writing another (my third!) grant proposal to the NEH [National Endowment for the Humanities] for funds to make the ultimate version of the site. If I get turned down again, I can live with the version we just released. But we can make it do much more if we can take one more crack at it.”

Regardless of the iteration, the Reading Like a Victorian website offers valuable lessons to both its users and its creators. Warhol herself has gained a broader appreciation for the literature of the period. “I learned that there are literally hundreds of Victorian serial novels on the web that are totally worth reading. In their day they were regarded as ephemera, or something to read and throw away. Only a handful of novelists got ‘canonized,’ or considered important enough to keep reading through the centuries. The less famous works are also wonderful, especially if you read them ‘like a Victorian.’”

As for users, Warhol hopes the site will enable visitors to recognize the similarities between reading like a Victorian and watching serialized television programs today. “I often tell my students that in many respects, we are still living in the Victorian mindset,” Warhol explains. “This is one example of what I mean by that.” In addition, Warhol would like the project to spark a paradigm shift among fellow academics. “I hope scholars will begin thinking differently about what a ‘Victorian novel’ is and how it is put together,” she says. “When we binge a novel in paperback form, we are reading something very different from what the original audience read. I think literary criticism ought to acknowledge and adjust to that fact.”