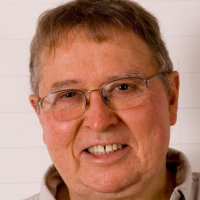 Emeritus Professor Ernest Lockridge taught English at The Ohio State University from 1971 to 1991. During his time at the university, Lockridge founded the Creative Writing program. In the 1984–85 academic year, he was awarded an Alumni Award for Distinguished Teaching. Lockridge, a critically acclaimed writer, is the author of six books, including three novels: Hartspring Blows His Mind, Prince Elmo's Fire and Flying Elbows. In addition to being an author and scholar, he was an artist, musician and poet. 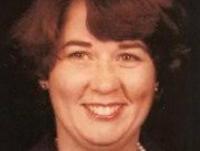 Elizabeth Jean MacLaughlin taught at The Ohio State University in the Department of English from 1976 to 1981. The Center for Folklore Studies did not yet exist, and the discipline was represented only by a small group of invested faculty members. During her time at the university, MacLaughlin was an integral member of the folklore community, an area of scholarship that at the time had yet to gain the deserved respect from academia. 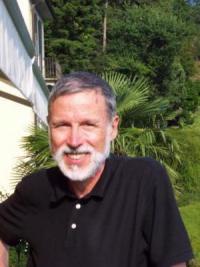 John N. King was a Distinguished University Professor Emeritus; Humanities Distinguished Professor Emeritus of English and of Religious Studies; and senior research fellow of the Rare Book School. He specialized in the English Renaissance, with emphasis on sixteenth-century literature, Spenser, Shakespeare and Milton; Reformation literature, history and art; history of the book; printing history; and manuscript studies.

King is the author of English Reformation Literature: The Tudor Origins of the Protestant Tradition; Tudor Royal Iconography: Literature and Art in an Age of Religious Crisis; Spenser's Poetry and the Reformation Tradition; Milton and Religious Controversy: Satire and Polemic in Paradise Lost; Foxe's Book of Martyrs and Early Modern Print Culture; and many essays and reviews. He was the editor of Reformation and co-editor of Literature and History. Also, King was the editor of Anne Askew's Examinations; Foxe’s Book of Martyrs: Select Narratives; Voices of the English Reformation: A Source Book; and Tudor Books and Readers: Materiality and the Construction of Meaning. He was the co-editor of The Vocation of John Bale; Henry VIII and His Afterlives: Literature, Politics, and Art; John Foxe and His World; and Sermons at Paul’s Cross, 1521-1642. King received fellowships from the American Council of Learned Societies, American Philosophical Society, Bibliographical Society of America, Folger Shakespeare Library, John Simon Guggenheim Memorial Foundation, Henry E. Huntington Library, Lilly Endowment in conjunction with the National Humanities Center, National Endowment for the Humanities, Renaissance Society of America and the Rockefeller Foundation. He was a faculty affiliate of Ohio State's Department of Comparative Studies, Center for Medieval and Renaissance Studies and Center for the Study of Religion. He directed or co-directed ten National Endowment for the Humanities Summer Seminars for College and University Teachers and one NEH Summer Seminar for School Teachers. 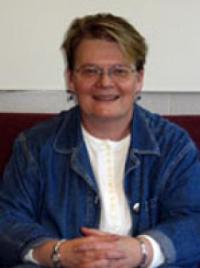 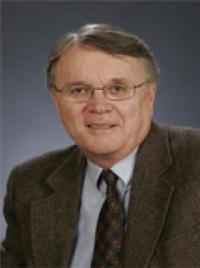 Christian Zacher is the author of Curiosity and Pilgrimage: The Literature of Discovery in Fourteenth-Century England, "Travel and Geographical Writings" in A Manual of the Writings in Middle English, and of essays and reviews on medieval literature. Also, he was the co-editor of Critical Studies of Sir Gawain and the Green Knight and The Idea of Medieval Literature and the co-general editor of Basic Readings in Chaucer and His Time. 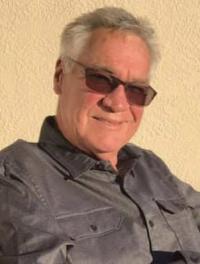 Lee K. Abbott taught creative writing at The Ohio State University from 1989 until his retirement in 2012. During his time in the English department, he founded the MFA Creative Writing Program and was named a Humanities Distinguished Professor. Abbott is the author of numerous essays and short stories published in Harper's, The Atlantic Monthly, The New York Times Book Review, Epoch, Boulevard and Crawdaddy, among others; short story collections Dreams of Distant Lives, Strangers in Paradise, Love is the Crooked Thing, The Heart Never Fits its Wanting, Living After Midnight, Wet Places at Noon and All Things, All at Once: New and Selected Stories; and fiction reprinted in The Best American Short Stories and The Prize Stories: The O'Henry Awards.