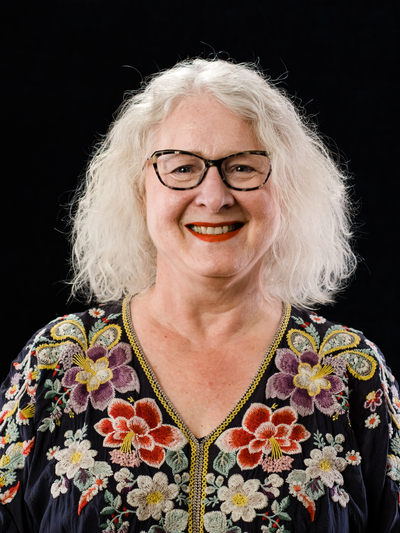 Robyn Warhol is College of Arts and Sciences Distinguished Professor of English at the Ohio State University. After 26 years at the University of Vermont, she joined Ohio State's English department and Project Narrative in 2009.

She and Susan S. Lanser co-edited Narrative Theory Unbound: Queer and Feminist Interventions (2015), awarded Honorable Mention for the 2015 Perkins Prize for the most significant contribution to narrative studies. With Helena Michie, she co-authored a work of “meta-archival biography,” Love Among the Archives: Writing the Lives of George Scharf, Victorian Bachelor (2015), which won the North American Victorian Studies Association’s Best Book of the Year for 2015.

With Zara Dinnen, Warhol is co-editor of the Edinburgh Companion to Contemporary Narrative Theories (2018). She wrote the sections on feminist narratology for Narrative Theory: Core Concepts and Critical Debates (a Choice outstanding title for 2012), co-authored by David Herman, Jim Phelan, Peter Rabinowitz and Brian Richardson.

Warhol co-edited (with Diane Price Herndl) Feminisms: An Anthology of Literary Theory and Criticism (1991,1997), a foundational text for so-called second-wave feminism, and its successor, Feminisms Redux (2009). She wrote Having a Good Cry: Effeminate Feelings and Popular Forms (2003), a study of the ways sentimental, romantic and serial texts work to establish and reinforce gendered performance in fans of long-form TV series, Hollywood film and Victorian and contemporary serial fiction. Her first book, Gendered Interventions: Narrative Discourse in the Victorian Novel (1989), is an early work of feminist narratology which explicates her model of the “engaging narrator.”

Warhol’s current project is a website, Reading Like a Victorian. The site displays Victorian serial novels along a timeline from 1839-1900, linking readers to online copies of the chapters that appeared in each monthly or weekly installment of hundreds of novels. The site makes it easy to read serial installments of Victorian novels synchronically, alongside installments of other novels that were appearing in the same “serial moment.” Warhol and co-author Helena Michie published an article on "Synchronic Reading" for the January 2022 issue of Narrative, outlining the theoretical and methodological implications of “reading like a Victorian.”