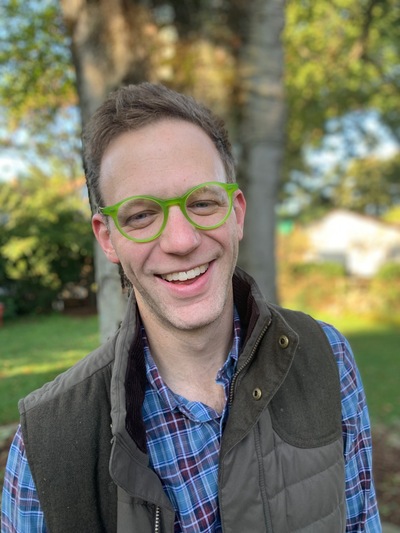 Jake Risinger writes and teaches about transatlantic Romanticism and the literature and philosophy of the long eighteenth century.

His book, Stoic Romanticism and the Ethics of Emotion, was published by Princeton University Press in 2021. Taking up a range of writers from Wollstonecraft and Wordsworth to Byron, Mary Shelley and Emerson, Stoic Romanticism illustrates how the austerity of an ancient philosophy, a central preoccupation in a world destabilized by the French Revolution, was not inimical to Romantic creativity, but vital to its realization.

He is currently at work on a book about the unruly development of “power” as an aesthetic concept throughout the Industrial Revolution. Other current preoccupations include a critical reappraisal of literary influence, one attentive to the ethical underpinnings that cling to the concept of influence across the disciplines, as well as an interest in mapping out an “untimely” literary history of Romanticism’s expansive American afterlife. Risinger is Associate Editor of The Wordsworth Circle and he co-edits the Nineteenth Century Networks section of Literature Compass. Recent and future courses include “Before Night Falls: British Poetry, 1750-1900,” “Ecopoetics: From the Enlightenment to the End of Nature,” “Lord Byron and his Circle,” and a grad seminar on “Romanticism and Critique.”

A former Javits Fellow, his dissertation won the Howard Mumford Jones Prize at Harvard University in 2014.  At Ohio State, he was a Global Arts and Humanities Faculty Fellow in 2021 and in 2022 he received the Alumni Award for Distinguished Teaching, the university’s highest honor for teaching.