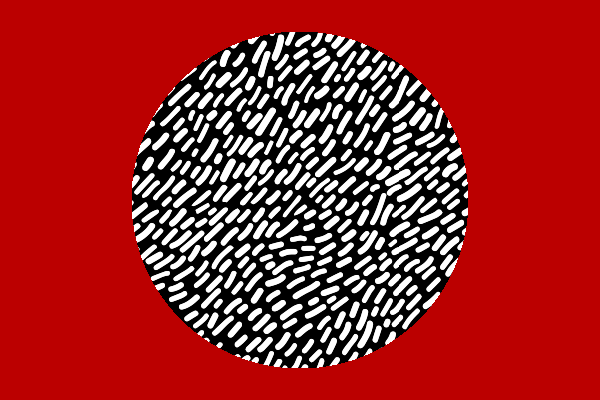 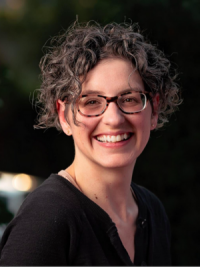 Each month, the Communications Team reaches out to members of the Department of English faculty and asks them to elaborate on a current research or creative project they are working on or have recently completed. For this month, we asked Associate Professor and Creative Director of Lord Denney’s Players Sarah Neville, about her research in “literature and culture of early modern England”.

My research into the literature and culture of early modern England centers upon the ways that intellectual and creative authority is negotiated through the production and circulation of written artifacts. I approach the question of authority from multiple angles: as a book historian, I am particularly invested in early print history and its relationship to authorship; as an editorial theorist, I consider how text technologies have been impacted by digital media; as an editor of Renaissance drama, I use performance-as-research to interrogate infamous cruxes that have bedeviled critics for centuries; and as a teacher and theatre-maker, I help students and audiences alike explore the ways that our modern construction of Shakespeare as a “genius” or a “cultural phenomenon” can limit, not only our understanding of dramatic production, but also the diversity of those whom we allow to speak on behalf of Shakespeare. My research often works across disciplinary boundaries (like performance, or the history of science and the history of medicine) to contextualize how some critical discourses have been permitted to operate without interrogation while other explanations for historical phenomena are dismissed.

I talk about the thing-ness of books because I investigate how people use books as props (or as cudgels) to insist that they can dictate what is true about the past.

My research brings to light the histories of working- and middle-class figures who are often ignored in the history books, showing concretely how the classic literary works we study in English courses are actually part of a much larger book-making and book-selling system. For example, a recent book chapter on early modern female printers shows how innovative they were at their craft, despite being rarely credited on English title pages. My book, Early Modern Herbals and the Book Trade: English Stationers and the Commodification of Botany (Cambridge University Press 2022), is about the publication history of books about plants in 16th- and 17th- century Europe. Because it uses bibliographic analysis to talk about the way early printed books were not only manufactured but also funded and sold, my book pushes back against traditional accounts of the Renaissance science known as “natural history.” Though we have been taught to privilege the accounts of authors and explorers alongside their scientific “discoveries” during global expansion, I show that it was actually the publishers of herbals who were responsible for spurring the emerging trade of ideas that later laid the foundations for colonial botany. In other words, the marketplace for books helped to create the terms that were used to justify appropriating folk and indigenous knowledge about the natural world. Moreover, as the Aristotelian “prime movers” of the book trade, the economic decisions that publishers made in choosing what to print created the commercial value of authorship more generally. Without publishers’ efforts and their economic know-how, canonical figures like Shakespeare or Milton would not have been published at all.

The bulk of my publications were written alone, but in the past few years, I have been able to collaborate more frequently with other colleagues at The Ohio State University. After we had to move a Lord Denney’s Players production online because of the pandemic, Dr. Elizabeth Falter and I wrote an article about the affordances of digital performance. I also have a book chapter coming out that I co-wrote with former English major Natalie Dalea about the ways that understanding the means by which canonical authors became commoditized can be especially meaningful for marginalized students who may otherwise find it difficult to locate personal stakes in the study of Shakespeare.

My book project came out of my PhD dissertation, which was funded by a grant from the Social Sciences and Humanities Research Council of Canada. As I conducted the research, I also held awards from the Huntington Library and the Folger Shakespeare Library. A publication subvention grant from the Ohio State libraries enabled my book to be a part of TOME: Towards an Open Monograph Ecosystem, a project that made Early Modern Herbals and the Book Trade available open-access.

This project was a slow burn – I worked on a version of it slowly for 17 years, so I am glad to say that it is finally completed! But the methodology I developed through finishing it will carry over into all my future projects.

Right now, I am working on a critical scholarly edition of Shakespeare’s 2 Henry VI, which is the play most famous for its line, “First thing we do, let’s kill all the lawyers.” It’s a play that explores popular revolt and the exploitation of a naïve populace by a corrupt and increasingly desperate elite. It’s also a play that exists in multiple versions and it looks like the first edition was written by a group of people in which Shakespeare initially had only a very small role; however, after a few years, Shakespeare seems to have gone back to the play to rewrite it substantially. If this is the case, this very little-known Shakespeare play fundamentally changes how we think about him as an author – instead of a perfect genius, destined for a pedestal, Shakespeare becomes someone who simply works hard, really hard, and who changes his mind about how he wants his plays to work on the stage. In other words, he’s much closer to a modern-day writer than our history books and our habits of literary criticism would have us believe.