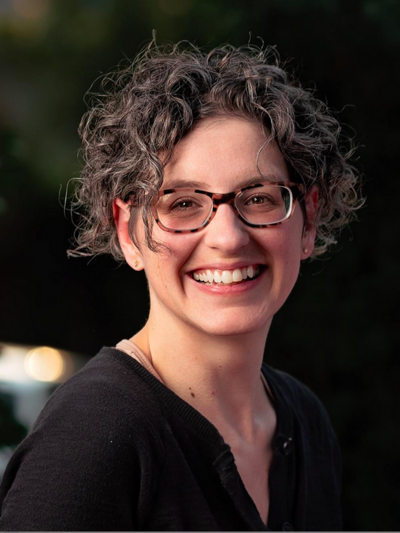 Sarah Neville is an associate professor of English at the Ohio State University with a courtesy appointment in Theatre, Film, and Media Arts. She specializes in early modern English literature, bibliography, theories of textuality, and performance, chiefly examining the ways that authority is negotiated in print, digital, and live media. She is an assistant editor of the New Oxford Shakespeare (2016-17), for which she edited five plays in both old and modern-spelling editions, as well as an associate coordinating editor of the Digital Renaissance Editions. She regularly publishes peer-reviewed articles on textual theory, digital humanities, and scholarly editing, and has been appointed a general textual editor for Linked Early Modern Drama Online and the New Internet Shakespeare Editions. A theatre and film artist who is also a great believer in experiential learning, Neville is also the founder and creative director of Ohio State's Lord Denney’s Players, an academic theatre company that enables students to see how technologies of textual transmission have shaped the reception of Shakespeare’s plays. Since 2014, LDP has produced six plays and two films; for their groundbreaking 2018 work with Sir John Falstaff and the Merry Wives of Windsor, LDP was awarded a commendation from the Columbus City Council. Neville’s latest book, Early Modern Herbals and the Book Trade: English Stationers and the Commodification of Botany (Cambridge, 2022), demonstrates the ways that printers and booksellers of herbals enabled the construction of scientific and medical authority in early modern England. Identified by one reviewer as “informative, penetrating, and witty,” the book’s attention to the economic and material concerns of booksellers reframes questions of epistemological agency at the dawn of the Enlightenment to include the labors of understudied craftsmen and women who turned natural history knowledge into a viable and vendible commodity. She’s eager to work with students on projects related to early modern literature (especially drama and performance), Renaissance book history, and premodern histories of science.