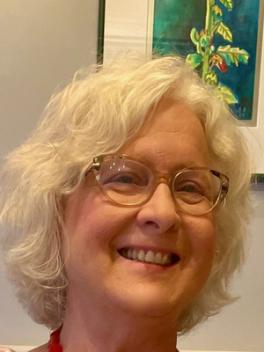 College of Arts and Sciences Distinguished Professor of English Robyn Warhol was awarded the 2022 Wayne C. Booth Lifetime Achievement Award from the International Society for the Study of Narrative [ISSN]. This award celebrates “outstanding scholar-teachers who have made sustained contributions to narrative studies over the course of their careers.” Warhol was personally inspired by Booth in her college years and has now come full-circle and is grateful to be receiving this award.

“When I was in college, I realized I wanted to be an English professor after I read two literary critics, Ian Watt ('The Rise of the Novel') and Wayne Booth ('The Rhetoric of Fiction'). I was lucky enough to study with Watt in graduate school and now here I am at Ohio State’s Project Narrative, with colleagues who also were influenced by Booth. Back in college, all of this would have been beyond my wildest dreams.”

Read below for the Awards Committee’s announcement, including details about Warhol’s significant accomplishments and contributions to the study of narrative theory in the field of feminism and gender studies.

“Robyn Warhol is a College of Arts and Sciences Distinguished Professor of English and [former] Chair of English at The Ohio State University. After 26 years at the University of Vermont, she joined Ohio State’s English department and Project Narrative in 2009. Author of “Gendered Interventions: Narrative Discourse in the Victorian Novel” (Columbus: The Ohio State University Press, 1989); “Having a Good Cry: Effeminate Feelings and Popular Forms” (2003); co-editor, with Susan S. Lanser, of “Narrative Theory Unbound” (2015), which won honorable mention for the ISSN Perkins Prize for most significant contribution to narrative theory; and co-editor, with Helena Michie, of “Love Among the Archives: Writing the Lives of George Scharf, Victorian Bachelor” (Edinburgh: Edinburgh University Press, 2015), which won the North American Victorian Studies Association’s Best Book of the Year for 2015, Warhol has significantly shaped the interventions of feminism and gender studies in the world of narrative theory.

“She also has been a Senior Fellow at the Freiburg Institute for Advanced Study and an Einstein Fellow at the Free University of Berlin’s Kennedy Institute for North American Studies. Warhol served as president of the ISSN in 1993, has co-organized Project Narrative for most of the past 11 years, has attended very nearly every ISSN conference for the past three decades and is a generous scholar and mentor, serving on committees, reading manuscripts, supervising students and developing digital approaches to seriality that significantly contribute to knowledge mobilization in the field of narrative theory. Indeed, her current collaborative project is a website, Reading Like A Victorian, which makes it easy to read serial installments of Victorian novels alongside installments of other novels that were appearing in the same “serial moment,” or month and year. With Zara Dinnen, she is co-editing the new “Edinburgh Companion to Contemporary Narrative Theories.””