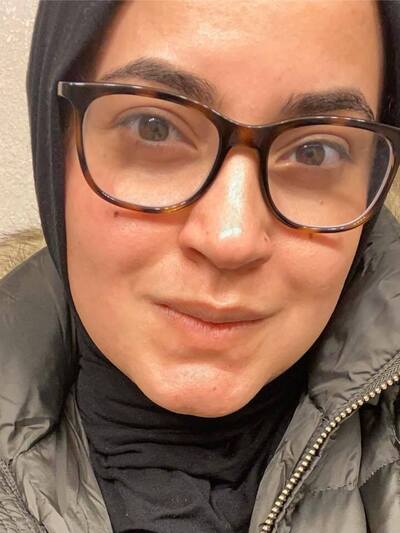 Zainab Saleh is a PhD student specializing in U.S. ethnic and postcolonial literature. Her critical work and research addresses "Englishness" in postcolonial retellings of colonial texts which entails the standards and expectations placed on those deemed “Others” set by the English. This is, Zainab’s research argues, rooted in patriarchal and colonial mastery of the Other and how Englishness has come around to ultimately establish a discourse of Otherness.

When teaching, Zainab looks specifically into how digital spaces such as TikTok, YouTube, and Instagram help students engage with various topics primarily through multimodal work, such as opinion writing and rhetorical analysis through social media.