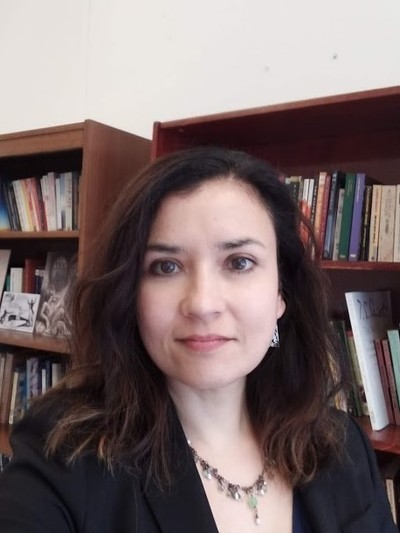 Jill Galvan is the author of The Sympathetic Medium: Feminine Channeling, the Occult and Communication Technologies, 1859-1919. Her past research has focused on long nineteenth-century media technologies, spiritualism, mesmerism and psychical research and on both Victorian and contemporary ideas of the posthuman. She is co-editor with Elsie Michie of the essay collection Replotting Marriage in Nineteenth-Century British Literature. Her current monograph project, After Romance: Alienated Marriage and the Sense and Time of Character Realism, examines realist character's aesthetic form in marriage stories from the Victorian period to the present. She was awarded the OSU English Undergraduate Organization's Professor of the Year in 2021 and was lead organizer of the North American Victorian Studies Association conference in 2019. She regularly teaches courses on the novel and poetry of long nineteenth-century Britain, often juxtaposed with later fiction. Some topics of recent specialized courses: rethinking realism, rethinking the marriage plot, the fin de siècle, Charles Dickens, Oscar Wilde and the Gothic.