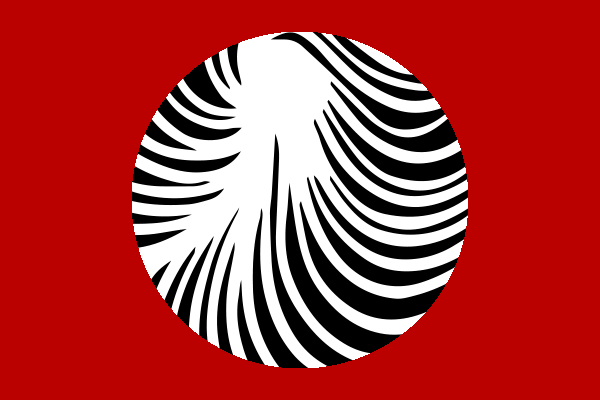 We've all experienced extreme emotions—the thrill of an exciting accomplishment, the grief of losing a loved one. But not all of us can eloquently put those emotions into words. That's just what Taryn Mullins, an English major at The Ohio State University, has done with her debut book, Extremities. An illustrated poetry anthology, Extremities deals with the huge range of the human experience with emotion and thought.

The writing journey of an up-and-coming author

Mullins’ writing journey began at a young age. Although she did not begin writing until four years ago, she recalls, “I can remember in second grade, an author had lunch with a few of us gifted kids at the school one day. She shared her story and signed a book that I had and said maybe one day I would be an author like her because she could see how fascinated I was at the time. Lo and behold, it actually happened a decade later.”

She began writing poetry here and there, but she did not consider publishing her own work until she both realized how much she loved the craft of poetry and noticed the success of her favorite poets. The thought of connecting with her favorite authors inspired her to start her first poetry book, Extremities, four years ago.

The inspiration behind her anthology

Mullins’ inspiration comes from medieval poets like Guillaume Apollinaire, as well as modern-day writers like Rupi Kaur, R.H. Sin and Makenzie Campbell. Mullins was introduced to Apollinaire’s work in her British literature course with Professor and Director of Undergraduate Studies Karen Winstead. Mullins says, “I saw that Apollinaire enjoyed the lack of rules for poetry and going against societal norms at the time for writing. I admired that fully and thought my work fit in right along with that.”

While Apollinaire gave Mullins the freedom to embrace poetry's lack of rules, twenty-first-century poets helped Mullins find herself and express her emotions through her writing. For example, Kaur’s work taught Mullins to write from what she knew, an important part of self-healing. R.H. Sin’s poetry taught Mullins how to incorporate raw material and emotions into her writing. Makenzie Campbell not only inspired Mullins to publish independently, but Campbell’s work validated Mullins’ emotions and made Mullins feel heard and seen in her experience as a teenager and a young adult.

The shift of literature and publishing in social media

Along with her favorite poets, social media has impacted Mullins’ writing and affected how she connects poetry to her day-to-day life. Social media is a great outlet for writers to get their work out there while exposing them to new writers and poetry subjects. Mullins says, “[Through social media], I am exposed to more ideas and people, which can spark an idea for some writings but also connect me to more people. Poetry is huge on connection with others.”

Mullins believes the popularization of poetry and independent publishing has allowed taboo topics in literature to come to light. This influence from social media opened Mullins’s eyes to topics in poetry such as suicide, coercion, brutality, racism and more. “With all of the activism that is currently going on, I think social media has brought us to write more about harder topics, and I think that’s strong and very needed at this point in time,” she says.

Future for Mullins and her writing

Now that Mullins’ first poetry book is published and ready to sell, she has begun her second anthology, which is dedicated to someone from her hometown who passed away from Pediatric Autoimmune Neuropsychiatric Disorders Associated with Streptococcal Infections/ Pediatric Acute-onset Neuropsychiatric Syndrome (PANDAS/PANS). As this work is dedicated to a life story from someone who touched the lives of many, Mullins feels that she has a better concept of the theme along with the drawings, cover, poetry and the overall structure of the book.

Mullins plans to continue to publish more books after her second anthology is completed. She plans on expanding on her previous poems and writing novels in the future, but for now she is sticking with working on anthologies. She says, “I do intend to keep publishing after my second poetry book is complete; I think writing will be a lifelong pursuit of mine.”

As she did in Extremities, Mullins wants to share with her audience that they are not alone, and that they can tackle anything they put their mind to whether that is exploring their emotions or writing their own poetry. Mullins advises all aspiring writers to pursue their dreams and their passions. She says, “It is enthralling to be able to do what you love and fall in love with life while doing so. Pursue your passions, even if it isn’t writing, because it’ll make for a much happier life and you.”