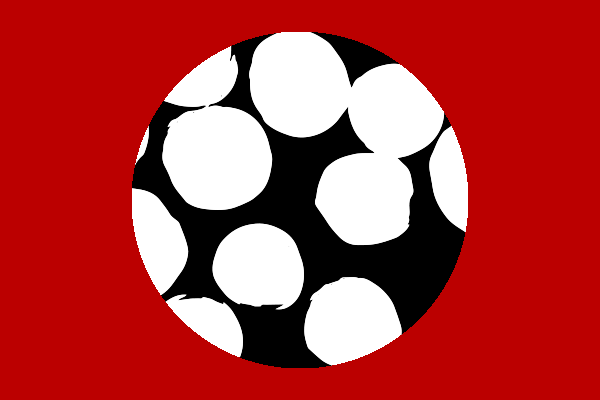 Each month, the Communications Team reaches out to members of the Department of English faculty and asks them to elaborate on a current research or creative project they are working on or have recently completed. For this month, we asked Associate Professor Molly Farrell to discuss her book project on the inextricable relationship between colonization and mathematics. 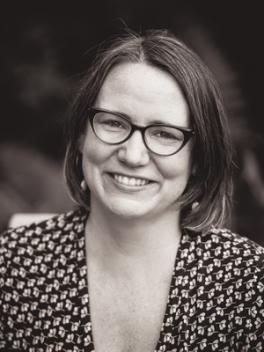 I’ve been interested in the question, what new possibilities arise if we embrace mathematics as a form of humanist inquiry? My first book about population argued that colonial writing naturalized the idea that states could count people like any other commodity. Writing about population involved thinking about the history of numeracy, or the teaching and learning of numbers and their application to everyday life, but I couldn’t take on that large of a topic at the time. That book was focused, instead, on how colonial writers experimented with applying numbers to human communities. So now in my second book, the monograph New World Calculation: The Making of Numbers in Colonial America, I’m scrutinizing the way colonialism shaped understandings of the numbers themselves. In this book, I get to explore how colonial confrontations shaped ideas about what a number is and can do. When white settlers colonized indigenous people’s lands and stole enslaved Africans’ knowledge, skills and labor, they were also confronting people who were skilled mathematicians. Ideas about numbers weren’t just imported as colonizing tools; I’m arguing that people’s relationships to numbers fundamentally changed in the process.

Now, could you shorten this description into one sentence using accessible language?

Basically, we need to do for numeracy what we’ve been doing with literacy studies: We need to see how ideas about what it means to be numerate are multifarious, culturally specific and bound up inextricably with historical structures like setter colonialism, racism and enslavement.

There has been a lot of work on alphabeticity in early America that illuminates everything that is happening when a student does something as simple as learn their ABCs. Well, what about their 1, 2, 3s? How does it change their sense of who they are, what community they belong to, what’s possible for their lives and what forms of oppression they’re confronting when they learn that? We tend to talk about STEM education as though it’s something apart from culture, something universal—like there is one way to be knowledgable in these fields. And yet, we keep reproducing the same kinds of people at the top of these fields. What if, instead, we fully appreciated the ways that people have been and continue to be experts at working with numbers in a variety of ways, but just maybe not the ways that constitute the story of mathematics as we currently tell it? What if we started with the tremendously sophisticated engineering of the Serpent Mound, or Benjamin Banneker’s Wolof grandfather Banaka, rather than primarily Pythagoras and Isaac Newton? I realize that I’ve answered the question with many more questions!

I’m so grateful to have received support from OSU Arts and Sciences’ Virginia Hull Research Award; a two-month Mayers Fellowship from the Huntington Library; and last year, a summer stipend from the National Endowment for the Humanities.

I’d like to reach as broad an audience as I can for the project, because I really think we need to recognize how historically constructed these disciplinary barriers are; we tell stories about ourselves and make sense of our world in a multidude of ways. And there’s an urgency to that with the systematic defunding and devaluing of humanites education. But at the same time, I am committed to really engaging in a way my previous work has not yet done with indigenous writers, traditions and their communities—I don’t want to replicate with this book the kind of colonization that stole and misrepresented their knowledge systems. That kind of work takes time; attention to methods within Native American and Indigenous Studies; a recognition of how our scholarship about the past has real consequences in the present; and relationship-building.

I’ve already been at work on a series of essays focused on the much narrower geographic and temporal region of seventeenth-century New England that explore panics around crises related to reproduction, like the Antinomian Controversy and the Salem witch trials. I have a hunch that some contemporary questions that I’ve been interested in for a while might be illuminated by continuing to investigate moments like these—questions like why reproductive politics has such staying power in contemporary U.S. politics, and, more generally, about how capitalism makes us feel.