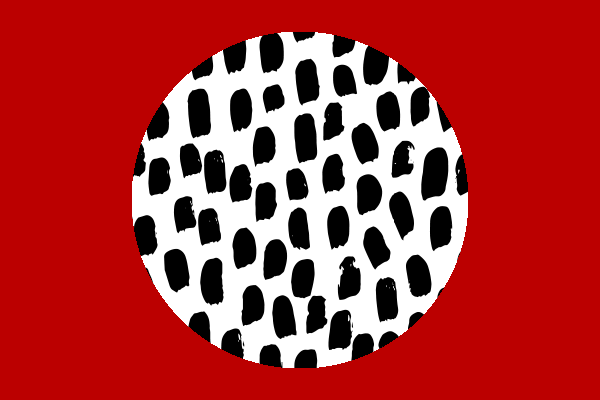 Each month, the Communications Team reaches out to members of the Department of English faculty and asks them to elaborate on a current research or creative project they are working on or have recently completed. For this month, we asked Associate Professor Joe Ponce to talk about his book project that investigates transnational representations of Asia and America.

The book project that I am currently calling Unmaking Exceptionalisms: Contending Empires, Nations, and Desires in Asian American Literature examines the transnational dimensions of contemporary historiographical Asian American literature. Specifically, it focuses on the ways that the literature remembers and reimagines the geopolitical conditions that have made possible Asian migration to the United States and the ideological forces that have positioned Asian Americans as “model minority” alibis—i.e., “exceptional” racial subjects—for U.S. empire in the post-1965 period. Transnational Asian Americanist scholarship has invoked the maxim “We are here because you were there” in order to emphasize how Asian American immigration is inextricably linked to overseas U.S. imperialism: wars in Asia, colonial and military occupation, economic policies, and cultural influences. And yet, while U.S. empire has become an indispensable framework for apprehending Asian American social life and cultural practices, the vexed epistemic and political implications of the field’s transnational shift have not been fully elucidated.

Unmaking Exceptionalisms suggests that opening up the analytical purview to a transnational frame entails accounting for three power dynamics that inform and are thematized in post-1970s Asian American literature: 1) the competing politics and practices of U.S., European, and Japanese colonialisms and imperialisms in Asia and the Pacific; 2) the impact of Asian state nationalisms—particularly, authoritarian and communist—on emigration and exile and their effects on refugee and diasporic populations’ ambivalent stances toward the U.S. and their respective home countries; and 3) the ways that these transnational relationalities impinge upon pan-ethnic coalitions and shape internecine conflicts.

Now, could you shorten this description into one sentence in layman's terms?

Unmaking Exceptionalisms: Contending Empires, Nations, and Desires in Asian American Literature considers the ways that contemporary Asian American literature’s transnational representations of “Asia” and “America” both challenge and reinforce myths of the Asian American “model minority” and of U.S. exceptionalism.

If the project’s methodological argument calls for a more complex transnational reading practice that juxtaposes U.S. imperialism next to other colonial and nationalist forces, then its more thematic argument offers a revised account of the positioning of Asian Americans as model minority guarantors of U.S. exceptionalism. U.S.-based interpretations typically trace the emergence of the well-educated, upwardly mobile, family-oriented, politically quiescent Asian American to the 1960s and interpret the ascendancy of this image as a punitive mechanism for disciplining other racialized (and politically vocal) groups for their own failings, insinuating that state-level remedies for racial redress are not necessary if other people of color can achieve economic success. Although critics of the model minority stereotype have pointed to the engineered effects of the 1965 Immigration and Nationality Act (which initially favored professionals) and to the vast class disparities that exist among Asian Americans themselves, Unmaking Exceptionalisms suggests that the literature gestures toward another explanation. By recalling and representing the contending forces of inter-imperial and inter-national rivalries and diasporic anti-nationalisms, these historiographical texts intimate that U.S. exceptionalism—the fantasy of American superiority based on disavowed racism and imperialism—is predicated on vilifying or superseding some other political formation, whether European colonialism, Japanese imperialism, or Asian communism or authoritarianism that, in turn, enables the U.S. to project itself as redeemer and savior: of U.S. loyalists and political dissidents, of women and children displaced by war and occupation, of sexual dissidents oppressed within patriarchal societies, and so on. Even as the literary texts frequently complicate such disingenuous, self-aggrandizing rescue narratives, they nonetheless register the diverse range of ideological perspectives among Asian Americans whose deep, abiding ambivalences cannot be wished away by assimiliationist or oppositionalist decrees.

While examining Asian American literature’s depictions of U.S. war, imperialism, and occupation in Asia, I’ve been led to consider the striking appearance of mixed-race Afro-Amerasian characters, that is, children of Asian women and African American servicemen. In a separate but related project that is framed as a queer anti-imperialist intervention into Afro-Asian studies, I analyze the representation of these figures in terms of the specific forms of discrimination they experience in Asia because of their racial hybridity, presumed illegitimacy, and embodied status as reminders of imperial war and compromised national sovereignty. Whether portrayed as abandoned or disowned orphans, second-generation sex workers, transnational adoptees, or diasporic returnees, these figures compel us to grapple with the complex identifications of hybrid black-Asian subjects in both Asia and America.

Another long-term project that I’ve been pursuing is a comparative history of queer of color literature. It takes as its point of departure the premise put forth by queer of color critique that racial differences and hierarchies have been historically mediated and dependent on ascriptions of gender-sexual deviance. If that is the case, then determining what “queer” and “normative” mean in racialized contexts becomes a quite complicated affair. In this regard, I am not so much interested in asserting the continued need for intersectional frameworks to study the connections between sexuality and race (which I take as a given), as I am invested in tracing how nonnormative sexuality and racial difference got separated in the first place. The project looks to the discourses of colonial primitivism, the early history of sexology and eugenics, the politics of twentieth-century lesbian and gay rights organizations, and the social movements of the 1960s and 70s for possible explanations, before attending to the remarkable proliferation of queer historiographical narratives authored by American Indian, African American, Latinx, Asian American and Muslim and Arab American writers that portray same-sex desires and gender nonconformities in contexts of settler colonialism and religious conversion, the transatlantic slave trade and New World chattel slavery, indentured servitude and global labor migrations, immigration restriction and exclusion, the AIDS pandemic, and the post-9/11 “war on terror.” Contesting the isolation of sexuality from other axes of social difference, the objectifying politics of racialized desire, and phobic minority-nationalist claims that homosexuality is a “white” thing, these narratives evoke speculative genealogies, homelands, and futures that lay claim to alternative modes of belonging for contemporary queer of color subjects.