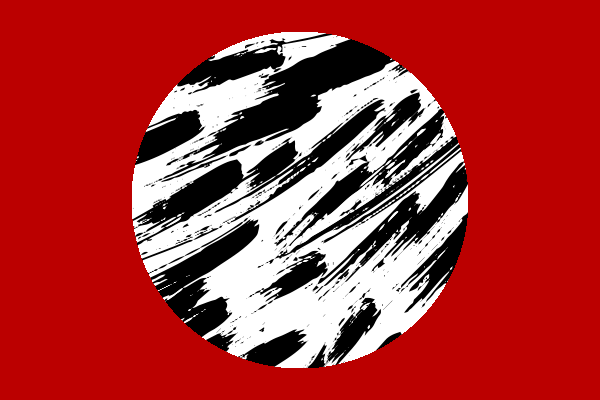 Each month, the Communications Team reaches out to members of the Department of English faculty and asks them to elaborate on a current research or creative project they are working on or have recently completed. For this month, we asked Professor Elizabeth Renker about her research on American poet Sarah Morgan Bryan Piatt. 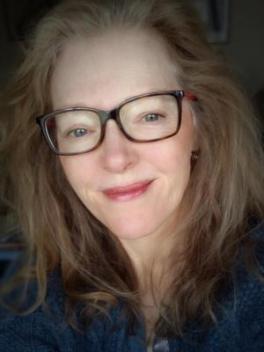 I am working on the first book devoted to the biography and career of Sarah Morgan Bryan Piatt (1836-1919), a prolific and popular poet in her own time who fell into obscurity upon her death and was rediscovered only in the 1990s.  Since that time, she has quickly gained stature as a major artist, but a great deal of basic scholarly work remains to be done to provide the foundation for her reclamation in cultural memory. Two selected editions of her work were published in 1999 and 2001, and a number of anthologies began to include selections from her work around that time; however, there is still no biography or critical book devoted exclusively to her life and her poems. The MLA International Bibliography records only eighteen hits. Piatt studies thus still stands very much in the first wave of recovery. A suitable analogy for her current canonical position is that of Herman Melville a century ago, when he was still mostly unknown before catapulting to his current international stature as one of the greatest writers of all time. Having died in obscurity in 1891, he was rediscovered only in the 1920s, when scholars first learned about him and undertook a concerted hunt for primary sources. That phase of Melville scholarship, called the Melville Revival, produced the biographies, scholarly editions, collections of letters and other resources that would undergird his cultural reclamation. My current project, titled Sarah Morgan Bryan Piatt: A Biographical and Critical Study, will undertake the foundational archival and analytical work necessary to move Piatt’s reclamation past the initial stage of recovery and into this second stage. My goal is to establish her firmly as a key figure in literary history. Indeed, her poems record the historical fractures of the second half of the nineteenth century.

My project will be the first biography of Sarah Morgan Bryan Piatt, one of the greatest American poets of the nineteenth century, who was only recently rediscovered and whose work remains mostly unknown to a wider audience.

I collaborate actively with undergraduate and graduate students; colleagues in the OSU Rare Books and Manuscripts Library (RBML); The Ohio State University Knowledge Bank; fellow Piatt scholars across the nation; Piatt descendants; and with people in the community dedicated to public humanities projects. For example, I am collaborating on an array of long-term projects, including digital humanities projects, with Dr. Larry R. Michaels, a Lutheran pastor in Toledo who published the very first edition of Piatt’s poems since her death (and who has donated a wealth of primary and rare materials to RBML); with S.E. Andres, a marketing professional in Cincinnati who avidly researches Piatt as an avocation and who recently made a major discovery of poems previously unknown to anyone; and with Margaret Piatt of the Piatt Castles in West Liberty, OH and the Mac-A-Cheek Foundation for the Humanities. The Piatt Castles originally belonged to cousins of Sarah’s husband and they remain in the family. Generous loans by Margaret Piatt of rare materials made possible an important digital humanities site completed and made available free to the public in 2016. (See my discussion below of the Capital site.) I am now working on multiple additional digital public humanities projects related to Piatt’s recovery. The next one, on which I have collaborated with doctoral student Ayendy Bonifacio and RBML colleague Dr. Lisa Iacobellis, will go live this year (2019), in time to celebrate the centennial of Piatt’s death. I’m in the midst of a long-term project called The Sarah Piatt Recovery Project that will also be digitized for free public access. (See description below.) Also currently in the planning phase is a new digital project called “Students Read Sarah Piatt” that began in my spring 2018 class (English 4552) on the Gilded Age. I am collaborating on this project with one of my undergraduates in that class, Matt Martello, a former English major in our program and now in the doctoral program at the University of Virginia. I am also collaborating with educational technologist Mike Bierschenk on the technical and design side.

I have received the 2018-2019 American Council of Learned Societies Carl and Betty Pforzheimer Fellowship in English and American Literature to support a full year of research toward my biography.

As in the case of the story I tell above about how Melville’s reputation went from obscurity to international renown, foundational materials of the kind I am working to compile for future scholars and readers are essential to bringing Piatt back into public memory. My mantra for all these simultaneous projects is “Build it and they will come.” (I’ve still never seen Field of Dreams, but somehow I have this sentence in my head!)

As I say above, the biography I’m working on now is only one of many projects to which I will be dedicating future research and teaching efforts. Below I describe some of them.

The Sarah Morgan Bryan Piatt Recovery Project. I have devised this project as a digital initiative under the larger rubric of the various collections related to Sarah Morgan Bryan Piatt and housed at the Rare Books and Manuscripts Library (RBML), The Ohio State University Libraries. A collaborative project with RBML and The Ohio State University Knowledge Bank, The Sarah Morgan Bryan Piatt Recovery Project collects research memoirs by the scholars who began the recovery of Piatt’s work in the 1990s and continue it today. This resource will provide a foundation for future scholarship about Piatt’s shifting cultural status and her entry into the canon. This project will be available for free public digital access. I have completed two such recorded interviews and numerous others are in progress.

The Early Poems of Sarah Morgan Bryan (Piatt) in the New York Ledger, 1857-1860. I devised this digital initiative under the larger rubric of the Sarah Morgan Bryan Piatt collections housed at the Rare Books and Manuscripts Library (RBML), The Ohio State University Libraries. A collaborative enterprise with doctoral student Ayendy Bonifacio in The Ohio State University Department of English; with Dr. Lisa Iacobellis at RBML; and with The Ohio State University Knowledge Bank, this project, currently in its penultimate phase, digitizes for free public access all the known early poems by Sarah Morgan Bryan (Piatt) published in The New York Ledger, one of the most popular periodicals of its age. This crucial and substantial archive of her early work is not currently available in any published edition. Launch projected in time for the 2019 centennial of Piatt’s death.

The Capital, 1871-1880. I devised this digital initiative under the larger rubric of the Sarah Morgan Bryan Piatt collections housed at the Rare Books and Manuscripts Library (RBML), The Ohio State University Libraries. A collaborative enterprise with The Mac-A-Cheek Foundation for the Humanities, the Rare Books and Manuscripts Library (RBML) of The Ohio State University Libraries and The Ohio State University Knowledge Bank, this project digitized for free public access all issues of The Capital published from 12 March 1871 through 22 Feb. 1880. A rare, Washington, D.C. weekly newspaper and important historical record of Reconstruction, this paper was founded and managed by Donn Piatt, Sarah Piatt’s cousin by marriage, who often featured her poems in its pages. Official launch 30 Sept. 2016.

Students Read Sarah Piatt. An idea that emerged in my spring 2018 undergraduate class on The Gilded Age, this project (currently in the planning phase) aims to collect, on a free public site, interpretations of Piatt’s poems written by OSU undergraduates. Since it is routine for students today to Google poems and poets they are reading in their classes—and since Piatt’s work currently yields few such hits—my students suggested that we ourselves create a site to house reader-response to Piatt’s poems as a place where future students (including both high-school students and college students) might look to see their peers discussing interpretations. My models for this site are primarily the popular sites where peers post their interpretations of song lyrics, such as songmeanings.com and Rap Genius.