Each month, the Communications Team reaches out to members of the Department of English faculty and asks them to elaborate on a current research or creative project they are working on or have recently completed. For this month, we asked Associate Professor David A. Brewer to talk about his book project that examines eighteenth-century readers’ construction of authors not as individual persons, but as reputations to be put to use. 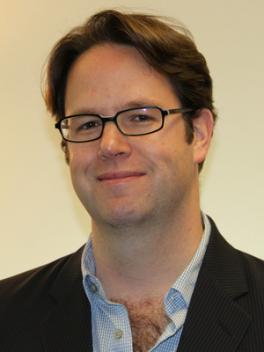 In a sentence, what is your project?

I am reconstructing how and why readers in the eighteenth century thought about authors as reputations, which could be put to use, rather than as people, to whom one might have ethical obligations.

The Fate of Authors investigates the uses to which authors were put in the eighteenth-century Anglophone world in order to reconstruct a way of thinking that fundamentally shaped the literary life of the period, but that has been almost completely overlooked by modern scholarship. There have been plenty of studies of the material conditions of writing in the eighteenth century. But such work has focused on the relatively rare experience of being a writer successful enough to care about the economic aspects of authorship, not on the far more widespread phenomenon of being a reader in a world newly awash with authorial names and images. My research reveals that for both readers and the institutions that served them, the issues that have preoccupied modern scholars (e.g., patronage, copyright and the professionalization of letters) mattered far less than reputation. In effect, authors were regarded not as individual persons, to whom one might have ethical obligations, but as bundles of texts, images, and qualities held together by a proper name. As such, they could be put to use: as counters in the game of guessing at the authorship of anonymous publications, as stand-ins for various sorts of value, as brands to be marketed (authorial heads routinely appeared on shop signs), as a shorthand for a particular kind of writing (Tristram Shandy was denounced as “broad Rochester”). I reconstruct these uses, tease out the often savvy vernacular theory implicit in them and employ the new perspectives that they provide in order to reconnect authorship and reading with the intensely hierarchical and reputation-conscious social life of the age.

It provides a ground-up account of how authorship actually worked in the world in the period we tend to credit with inventing the concept, at least in its modern form. The result is a new vision of eighteenth-century literary culture that is stranger, more compelling and far more integrated into the social life of the age than we’ve generally presumed.

I have given many lectures drawn from this project and have published a few related articles. The audiences and readers for those ventures are, in a sense, my collaborators. But I have also learned a great deal while working on two more explicitly collaborative projects in the same broad field. One, Interacting with Print: Elements of Reading in the Era of Print Saturation (University of Chicago Press, 2018), I collectively wrote with twenty-one other scholars in a wiki, where we each could edit and revise everyone else’s work, with the result that I doubt that there’s a single-authored sentence in the entire book. Certainly there aren’t any single-authored paragraphs. The other, The Book in Britain: A Historical Introduction (Wiley-Blackwell, 2019), was written with four other scholars with the aim of providing a continuous narrative that ran from the early Middle Ages up through the present. Both experiences have profoundly shaped the way I think about scholarly writing and what it’s for. So too has my experience of collaborative teaching with Eric Johnson and Jolie Braun, the curators of our Rare Books and Manuscripts Library.

My early work on the project was supported by a year-long fellowship from the National Endowment for the Humanities.

As soon as I’ve completed the manuscript, I will send it to the University of Pennsylvania Press, which published my first book, The Afterlife of Character, 1726-1825. I very much hope that this new project will appear in the same series, Material Texts, as that book. I’ve been proud to keep that company, who are collectively responsible for some of the most exciting scholarship of the past twenty years.

I want to finish a substantial article on how eighteenth-century satirical prints can help us rethink what fictionality is and how it works. And then I think I’m going to turn to an issue that has come up in some of my recent teaching: how character works in the often chaotic pulp magazines of the mid-twentieth century. For example, I’m fascinated by Fafhrd and the Grey Mouser, two figures invented by Fritz Leiber and elaborated in a series of largely stand-alone stories, told out of any sort of chronological order and published in various venues (with all sorts of material surrounding them) over the course of more than six decades. Those publication conditions are wildly different than those of the ambitious art novels (say, Henry James or Proust) on which we’ve based most of our theories of literary character. I’d like to explore the ways in which that might matter.