Oh, the places you’ll go (with an English degree)!

Oh, the places you’ll go (with an English degree)! 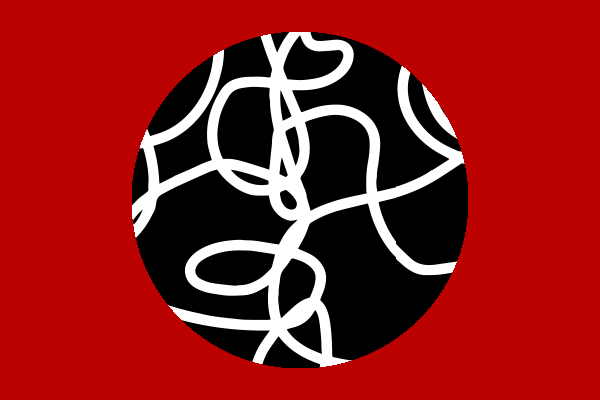 If you ever want to identify the English major in the room, just shout something along the lines of, “What can you even do with an English degree?” Follow the choked sounds of protest and the visceral scent of indignation, and there: you’ve found them.

The English degree has long been characterized as unmarketable, simultaneously too broad and too niche. Particularly over the past two decades of STEM-mania, the value of the English degree has come under assault. Often, when a high school senior decides they want to study English in college, their parents fret about job prospects and financial security; teachers and guidance counselors remind them of the growing demand for STEM majors; concerned relatives send get-well-soon cards, assuming only someone severely concussed would willingly choose to spend money on an English degree.

While family and mentors mean well, their opinions are not the ones that matter. Like all career-hopefuls, English graduates aim to be hired by employers, not their great-aunts. So what do employers think of English majors? The title of a 2018 CBS News article says it all:

The article summarizes the results of a study on underemployment among college graduates. The researchers found that, contrary to popular belief, English majors have a lower probability of being underemployed after graduation than do business majors. Aimee Picchi, author of the article, situates business among the “problematic majors”—occupational majors that train students for specialized fields, but fail to produce “job ready” graduates.

“Students in these majors may not be learning communication and critical thinking skills, which means they may lack the writing and reasoning abilities that employers want in new hires,” Picchi explains.

It is exactly those communication and critical thinking skills that set English majors apart from others in the applicant pool-- and, while these skills are obviously pertinent to careers in publishing, journalism, teaching, marketing, etc., the abilities to think critically, read, speak and write well are necessities in nearly any career field, even those not traditionally associated with English.

Consider medical science, for example. Undergraduates are often under the impression that majoring in a scientific field is the best, or even only, way to be accepted into medical school. However, the numbers say something different. In 2017, the career website Zippia found that among applicants to US medical schools, English majors enroll at a higher rate than do biological or physical science majors. Of course, while an English major interested in medical school will certainly need to supplement their curriculum with the science courses required for admission, their English courses will be just as beneficial to their medical career. Dr. Deane Waldman told US News, “Premeds should pursue an undergraduate curriculum that not only teaches them science but also helps them become better thinkers and communicators.”

Waldman continues, “A great physician is someone who is both imaginative enough to come up with innovative strategies for addressing a patient’s health care challenges and eloquent enough to clearly explain treatment options to a patient.”

Any doctor can easily explain a course of treatment to another doctor. Both went to medical school, studied the same material, and completed the same training; thus, they are equipped to maneuver a narrow type of discourse, one with which most people are unfamiliar, or even uncomfortable. For this reason, a doctor cannot explain a course of treatment to a patient in the same way they would to a colleague. Medical schools do not explicitly train students to translate information into a form understandable to people of different literacies; the English major, though, does. English majors spend much of their academic careers practicing how best to communicate with particular audiences. The Ohio State University Department of English, for example, offers courses in academic, business, persuasive, social media and technical writing. Medical school-hopefuls can even declare a Medical Humanities minor in the English department and take courses such as Health Communication in Interpersonal Contexts, Narrative and Medicine and Health Psychology.

The trope of the unemployable English major is not based in reality. However, parents may still be hesitant to foot the bill for their child’s English degree; after all, employability does not always equate stability, particularly not financial stability. But, once again, the future for English majors is much brighter than people realize.

“The advantage for STEM (science, technology, engineering, and mathematics) majors fades steadily after their first jobs, and by age 40 the earnings of people who majored in fields like social science or history [or English!] have caught up,” New York Times journalist David Deming writes in the article "In the Salary Race, Engineers Sprint but English Majors Endure." The statistic does not align with the popular cultural conception of the starving English major, but as Deming explains, the reasons behind it are quite logical. “Many of the latest technical skills that are in high demand today become obsolete when technology progresses,” he writes of STEM fields. On the other hand, “a liberal arts education fosters valuable “soft skills” like problem-solving, critical thinking and adaptability… they have long-run value in a wide variety of careers.” So, while an English major may not initially make as much money after graduation as a STEM major, they aren’t destined to spend their lives reciting Emily Dickinson at an open-mic night—over time, they, too, can achieve financial success.

Clearly, the English degree’s bad rap is undeserved. Contrary to popular belief, English majors are valuable to many career fields, desirable to employers and graduate schools and successful in earnings. Yet even when faced with statistical evidence, skeptics may not be convinced. It’s understandable—data in research reports can often feel less than concrete. What is undeniably concrete, however, are the stories of real people who have succeeded post-college with an English degree.

Such examples are abundant, and varied. While there are stereotypical routes for English majors—teaching, academia, librarianship, authorship, publishing, etc.—these comprise only a small portion of English graduates. The reality is that a “traditional” career path in English does not exist. The majority of English graduates are not employed in one of these stereotypical sectors—and that does not mean they are unsuccessful, or that they all woke up and smelled the unemployment-flavored coffee. Rather, they are proof that the heart of the English degree is not Shakespeare or other canonical literature, but communication and critical thinking—skills applicable to all career fields.

English majors are the CEOs of Fortune 500 companies; take Michael Eisner, former CEO of Walt Disney, for example. English majors are award-winning journalists, like Bob Woodward and Barbara Walters. English majors work in finance, as did Hank Paulson, Treasury Secretary under George W. Bush and former Goldman Sachs CEO. English majors practice law, a notable example being Clarence Thomas, the longest-serving current Supreme Court justice. Carol Browner, another English major, practiced law, too—in addition to having served as the Administrator of the EPA. English majors save lives, like Harold Varmus, a Nobel Laureate in medicine and the former Director of the National Institute of Health. English majors can be trailblazers and heroes; the first woman in space, Sally Ride, was an English major.

English majors are all of these things and more. The only question remaining is: What will you be?