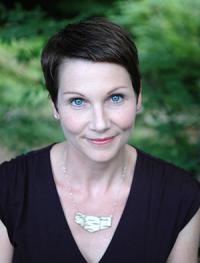 One possible metric by which to measure an artist’s success is the universality of their work. Can anyone regardless of age, gender, sexuality, race, class, religion, time or place find within a piece of art some kernel of truth, a shard of mirrored glass that shows their own reflection? Can they step away from even the most abstract or fantastical creation and feel that they are seen, heard, understood?

Take “Good Bones,” a poem by MFA alumna and former visiting faculty member Maggie Smith. Published just days after the 2016 Pulse nightclub shooting in Orlando, Florida (the deadliest mass shooting perpetrated by a single gunman in the United States at the time), the poem went viral immediately and internationally. Less than five months later, the spotlight found “Good Bones” again, this time in the wake of the 2016 U.S. presidential election. By December of that year, Public Radio International had deemed “Good Bones” the “official poem of 2016.”

“It’s a weird thing to have your poem’s success, and in turn your success, be tied to something that is shared because things are terrible,” Smith tells Public Radio International.

Since 2016, “Good Bones” has continued to resonate with people in times of distress, grief and pain. The current COVID-19 pandemic has proven no exception. As people in the United States and across the globe struggle to reckon with a death toll upwards of one million, the poem’s message of finding hope amidst fear rings true as ever.

“Life is short, though I keep this from my children.”

The poem is a monologue, written from the point of view of a parent—in Smith’s case, a mother. She wants desperately to protect her children from an ugly truth, from the knowledge that “The world is at least/ fifty percent terrible, and that’s a conservative/ estimate.” As an adult, the speaker knows all too well that “For every bird there is a stone thrown at a bird./ For every loved child, a child broken, bagged,/ and sunk in a lake...for every kind/ stranger, there is one who would break you.”

Such realities are painful to bear, particularly for children. The speaker, searching for a way to “sell [her children] the world,” takes on the persona of a real estate agent: “Any decent realtor,/ walking you through a real shithole, chirps on,/ about good bones.” She reassures her children, and perhaps herself, that “This place could be beautiful, right? You could make this place beautiful.”

Smith earned her Masters of Fine Arts in Poetry at Ohio State from 2000 to 2003. She had previously completed her undergraduate education a small liberal arts college, and she recalls her surprise at how similar of an experience the Ohio State MFA in Poetry program was.

“Yes, you’re at a huge university and get to utilize those resources, but your daily interactions and experience as a student is very intimate and personalized, with a lot of attention,” Smith said in a 2016 interview with the university. “It’s a family.”

That family includes her fellow classmates, who continue to stay in touch and visit each other 20 years later, as well as MFA in Poetry faculty, many of whom have achieved their own fame and success. For example, Smith remains friends with her thesis advisor, Professor and Director of Creative Writing Kathy Fagan Grandinetti. When asked to what she attributes Smith’s broad appeal, Fagan Grandinetti says, “From my point of view, it’s a combination of her very fallible human perspective...along with an extraordinarily keen sense of what many people care most about—family and belonging.”

“Good Bones” shares its name with the anthology in which it was published, Smith’s third book and sixth publication. Her seventh and newest release, KEEP MOVING: Notes on Loss, Creativity, and Change, was published on October 6, 2020. The book is a collection of essays and quotes, many of which are derived from tweets Smith posted following her divorce. In fact, it was the response she received to those tweets that inspired Smith to write KEEP MOVING.

“...Being vulnerable in front of thousands of people meant that people were responding to me,” Smith tells People magazine. “At a time when I felt really alone, I suddenly had a community of people who would respond with things like, ‘Oh my gosh, I needed this today.’ Or, ‘This is what I needed to hear to get through the next three hours.’”

Even before its publication, KEEP MOVING garnered recognition and praise; according to Smith’s website, it was “named one of the most-anticipated books of 2020 by Marie Claire, The Rumpus, and the Washington Post.” Since its release, KEEP MOVING has appeared on the October 2020 Indie Next Pick list and become a Barnes and Noble bestseller.

Several reviewers have noted the book’s timeliness, echoing the sentiments many expressed about “Good Bones.” “This is a book that feels vital and welcome in these times,” says poet Sinéad Gleeson. A Bookpage starred review declares, “In a season of unprecedented uncertainty, Keep Moving has arrived just in time.”

“Good Bones” and KEEP MOVING share a common thread of resilience and hope—in Kathy Fagan Grandinetti’s opinion, it is that thread that has earned Smith such acclaim and made her one of the Ohio State MFA program’s “greatest success stories.” “Her tenacious hopefulness wins readers over,” Fagan Grandinetti says.

Ironically, Smith describes herself as a “recovering pessimist.” She sums up her personal journey toward hope in an interview with Salon. “Sometimes I say that hope is like a garment that didn’t fit very well,” she says. “At first it was really oversized and scratchy and terrible, but the more I tried it on, the better it fit and the better I felt and I was able to press through.”