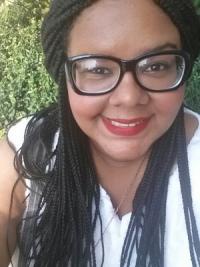 The Department of English is proud to announce that graduate student Nicole Pizarro wrote a chapter in the newly published collection, New Approaches to Contemporary Adaptation, from Wayne State University Press. Her chapter, “’What'll Become of Me?' Adaptation and the Mediation of Black Women's Bodies,” adds to the collection’s conversation about adaptation in entertainment media.

According to its description, the collection asks the following questions: “Whose stories have been adapted in the last few decades? Are films that are based on ‘true stories’ simply adaptations of those real events? How do transnational adaptations differ from adaptations that target the same national audiences as the texts they adapt? What do long-running TV shows actually adapt when their source is a single book or novel?”

To summarize her chapter, Pizarro said, “I analyze film adaptations of two slave narratives, Solomon Northup’s 12 Years a Slave, and The Confessions of Nat Turner, the Leader of the Late Insurrection in Southhampton, VA. Both of the texts’ film adaptations include rape scenes that, although accurate for the time, aren’t featured or mentioned in the original texts. I argue that the transmedial nature of adaptation which, according to Linda Hutcheon, ‘creates the doubled pleasure of the palimpsest,’ can also facilitate trauma.”

Pizarro is a sixth-year MA/PhD in English Candidate at The Ohio State University whose academic interests include film, popular culture, media studies and U.S. ethnic and postcolonial studies with a focus on feminist film theory and African American cinema.

Congratulations to Nicole Pizarro on her exciting accomplishment!