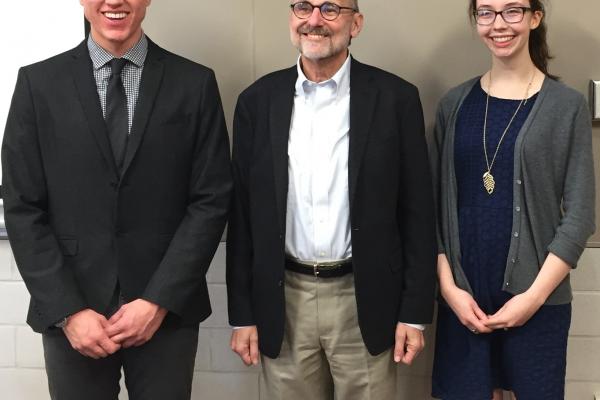 Rand Morrison was teeming with advice when he sat down for his interview conducted by professional writing minor students Emily Berestecky and Trent Lammers on Friday, April 15. Morrison visited Ohio State to receive the College of Arts and Sciences Distinguished Achievement Award, which he adds to his ten Emmy, two George Foster Peabody, and two Alfred I. duPont-Columbia University awards. An alumnus of the English Department—he received his degree in English here in 1971—Morrison stopped by Denney Hall to share his expertise in a wide-ranging conversation with students.

Executive producer of “CBS Sunday Morning with Charles Osgood,” Morrison initiated the discussion by sharing that, when thinking of someone he would hire to work at the show, he’d choose an “interesting person.” He emphasized that if someone has traveled to another country, is proficient in a foreign language, or is deeply knowledgeable in a specialized field of study—like biology or economics—that person is more marketable in the journalism/broadcasting world.

“While Morrison did stress the importance of having experiences to set [a student] apart, he certainly did not discount the value of writing well,” Berestecky, an English major interning at WOSU Public Media, noted. “Though the visual component of a news piece is vital to drawing people into the story, it is not what will stick in people’s minds because, as he said, ‘[every news source] has the same pictures.’” What really counts, according to Morrison, is good, strong writing. Pictures may attract viewers, he continued, but “the words will take you beyond the images. Good writing resonates in the minds of the audience long after the show is over.”

Morrison also discussed how important unity is to his program’s feature stories—unity not only in how a story is written but also in how the filming, editing and production teams work together to create meaningful segments. The show intentionally "casts a wide net" for story ideas, and he is particularly thrilled when he hears that a story "surprises people by engaging them with things they don't expect to be interested in." Under Morrison's leadership, "CBS Sunday Morning with Charles Osgood" has earned two Daytime Emmy Awards for Outstanding Morning Program.

Lammers, a strategic communications major and intern at the local CBS affiliate WBNS 10TV, spoke for many in the room when he asked Morrison about “the best path to get a position like yours in broadcasting.” Morrison strongly encouraged students to pursue internships at organizations where they want to work. These positions help "raise [students'] profiles" and give organizations a chance to "road test" students. Morrison added that by the end of a summer internship at CBS, for example, students who work hard and become "indispensable" may be hired. Lammers said afterwards, “This reaffirmed how I feel about the value of an internship experience. Find out what you love, and then get an internship doing it.”

Credit for this story goes to Trish Houston and Jenni Patton, as well as their students, Emily Berestecky and Trent Lammers 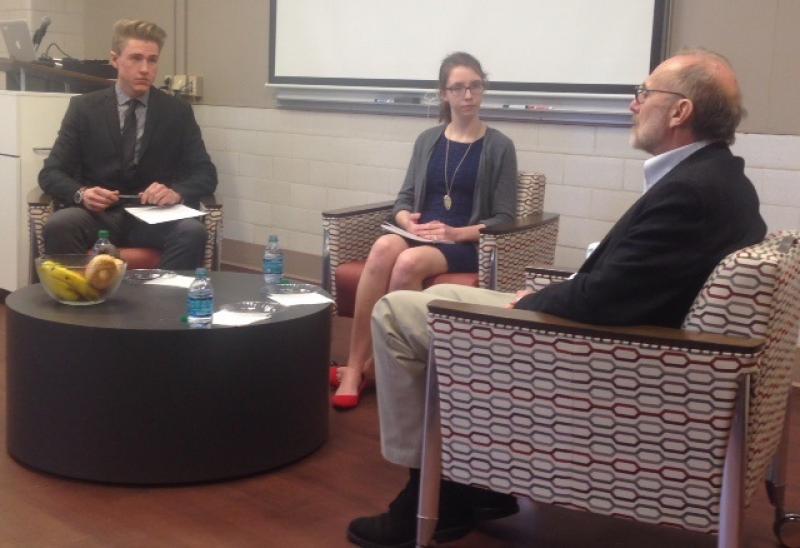