Each month, the Communications Team reaches out to members of the Department of English faculty and asks them to elaborate on a current research or creative project they are working on or have recently completed. For this month, we asked Professor Dorothy Noyes about her research on the role and power of exemplarity in Western culture. 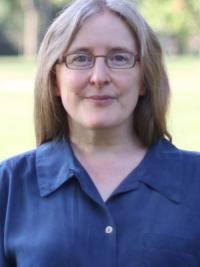 I'm writing a cultural history of exemplarity in Western liberalism: setting examples, leading by example, making examples of people and so on. These are cultural ideas undergirded by a genuine social process. As a folklorist, I understand exemplarity as a version of tradition that moves through actors instead of texts. Embodied performances of conduct—think of Rosa Parks refusing to move to the back of the bus—capture attention, excite debate and are taken up and cited and revised by others as well as amplified in media and cultural fictions. This process can transform social norms and help to advance social progress. But the book is called Exemplary Failures, because these chains of emulation can't do all the work that liberalism wants them to do. For progress to happen, particular symbolic actions have to be supported by generalizable structural efforts in a favorable climate: Rosa Parks of course had a movement behind her, and her gesture was carefully planned beforehand amid a complex network of legal and political initiatives. And for every exemplar that goes into the history books, there are thousands of performances that fall flat or just go unnoticed. In mass society, exemplarity depends on mediation, and access to visibility is both unequal and competitive. (Furthermore, most people are urged just to follow examples, not to improve on them.) Today it's easy for grassroots exemplars to go viral, but not so easy for them to command lasting impact. Instead we have a competitive escalation of outrageousness to hold attention: the triumph of the unexampled.

Now, could you shorten that description into one sentence that uses accessible language?

The power of example is both real and limited; I want to show why exemplarity remains an influential ideal in modern Western culture despite its shortcomings in practice.

With the coronavirus, exemplarity is everywhere! Everyone is pointing to good and bad examples: is China a model of success or not? We don't want to be Italy. Governors try to decide: should they follow Mike DeWine's example or reject it? Trump watches Andrew Cuomo's press conferences and changes both his tone and his policies. Tom Hanks declares his infection and urges us all to wash our hands. Exemplarity matters when there is no central authority to set the rules, or when authority fails in its responsibilities.

Exemplarity offers individuals and communities the chance to have an impact. But can Greta Thunberg save us from climate change? We know that the savior model is dangerous for all kinds of reasons. So what is she accomplishing then? Here I need some help from social scientists to think about network processes: how an exemplar can inspire broader movements, shame corporate and policy actors into responsiveness, transform public opinion, perhaps push toward a tipping point—while also maybe having other effects of exciting polarization, distracting from the on-the-ground work of other activists and so on. All this is messy to model.

My chief collaborator is Tobias Wille, a lecturer in international relations at the University of Frankfurt. Their Normative Orders research cluster involves the kind of social scientists who look to the humanities for fresh air, and for me it's the converse, so it's been a happy connection. Of course Tobias also comes from a different generation and a different national experience: I learn from him in all kinds of ways. We co-organized an interdisciplinary conference on political exemplarity at the Mershon Center at the end of February, finishing just in time before the travel restrictions set in. We had speakers from 5 departments at Ohio State, and our international visitors were able to meet before the conference with students from the South Asian Studies group, the Center for Folklore Studies, the Department of Political Science and the Center for Slavic and Eastern European Studies.

The inspiration came from a 2012 sabbatical at the Lichtenberg-Kolleg of the University of Göttingen, but the major work started much later. It's been generously supported by the Mershon Center for International Security Studies, who gave me a research grant to work on my own book as well as the principal funding for the conference.

The conference was exhilarating but inconclusive: that happens in any interdisciplinary conversation, especially when a new framework is being proposed. So Tobias and I are working now to channel the excitement into an edited volume that can lay out our processual approach to exemplarity in a more coordinated fashion. I'm also working on my single-authored book as best I can—it will probably take my next sabbatical to finish.

Hah! I need to revisit my old research on participatory festivals in Catalonia in the light of the recent independence movement and the coronavirus disaster.