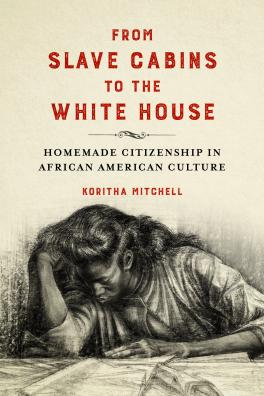 “African Americans have always focused more on accomplishment than on protest, but this fact has been overlooked because everyone is taught to assume that so-called minorities can only react,” says Mitchell in her video “Not About Protest,” which articulates the framework of her forthcoming book From Slave Cabins to the White House: Homemade Citizenship in African American Culture (University of Illinois Press, August 2020).

“But the truth is this: Black people march toward accomplishment, and white people react, often with hostility.”

This dynamic of Black people achieving and white people undermining those achievements to keep Black people “in their place” is what Mitchell describes as “know-your-place aggression.”

“In other words, it’s no accident that most Americans believe that the negative outcomes marginalized communities (especially Black people) face are their own fault. This country is built on keeping everyone focused on what marginalized people are doing so that we never get around to noticing how much immorality, laziness and mediocrity characterize people in dominant identity categories. Only by noticing the latter can the United States become less racist,” says Mitchell.

It is in this context of know-your-place aggression that From Slave Cabins to the White House analyzes Black expressive culture from the mid-nineteenth century to the present. Specifically, Mitchell explores canonical texts by and about African American women who invest in traditional homemaking despite knowing they will not receive the respectability and safety granted to white homemakers. Instead, Black women face attacks on their citizenship and aggressions meant to keep them “in their place.”

Mitchell’s research stems from the lessons she learned from writing her award-winning first book, Living with Lynching.

“It is therefore a disservice to view the work of Black authors and artists primarily through the lens of protest,” says Mitchell.

Moreover, Black people knew their success prompted the domestic terrorism they have long endured. These insights from Living with Lynching prompted Mitchell to explore the following question that would frame From Slave Cabins to the White House: If African Americans pursue success while knowing that their achievements will make them targets, doesn’t it make more sense to approach their literature and art looking for how they think about accomplishment?

Mitchell’s approach to this question about African Americans’ accomplishments relies on the concept of “homemade citizenship,” which she defines as a deep sense of success and belonging that does not rely on civic inclusion or mainstream recognition. For African Americans, homemade citizenship includes pursuing success and belonging while American culture opposes them every step of the way. “Black people’s achievements—whether big or small—will not only be attacked but also the nation will deny that they ever existed,” says Mitchell.

African Americans have always focused more on accomplishment than on protest, but this fact has been overlooked because everyone is taught to assume that so-called minorities can only react. But the truth is this: Black people march toward accomplishment, and white people react, often with hostility.

The relationship between know-your-place aggression and homemade citizenship is key to understanding the violence built into American society and how marginalized groups operate despite it. To examine this relationship, Mitchell focuses on canonical texts by Black women, therefore shedding light on the pursuit of success while facing double standards and violence inspired by both racism and sexism.

By using texts that have been widely read, such as Zora Neale Hurston’s and Toni Morrison’s, Mitchell says she deliberately gave herself a challenge with From Slave Cabins to the White House. This selection of texts contrasts the obscure, seemingly insignificant lynching dramas Mitchell analyzed in Living with Lynching, which led to findings that have shifted the thinking of researchers across disciplines.

“I said to myself, ‘Okay, Koritha. You convinced several fields of the importance of a neglected set of texts. Can you show people something they’ve never seen about works they feel they already know backward and forward?’” says Mitchell.

Mitchell hopes From Slave Cabins to the White House and its dialogue about know-your-place aggression and homemade citizenship will influence cultural critics and people who are now awakening to anti-racist activism.

“I look forward to other scholars offering fresh interpretations of a whole range of work from artists in marginalized groups. Cultural critics will help us appreciate evidence these artists have left (and are leaving) in ways we’ve neglected because we keep treating everyone who isn’t a straight white man as if they primarily react, resist, and protest,” says Mitchell.

From Slave Cabins to the White House will be out Aug. 31 and is available for pre-order at a 30% discount when you use code F20UIP at checkout. 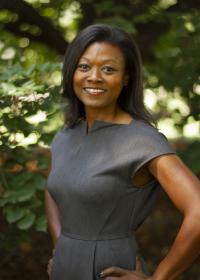 While waiting to read From Slave Cabins to the White House, Mitchell recommends watching Miss Juneteenth, a new film available on Vimeo.

“I grew up in Sugar Land, Texas, which is not far from Houston or Galveston, so I grew up celebrating June 19th as Emancipation Day. I was annoyed that Donald Trump’s comment about making Juneteenth famous led media outlets to devote themselves to proving him wrong, to proving that Juneteenth has long been a thing…Miss Juneteenth exemplifies what I mean about how artists and creatives from marginalized groups are not spending their time reacting to dominant violence. They’re honoring the beauty of our communities, whether we ignore their efforts or not. They keep persevering, whether this country proves itself worthy of their contributions or not.”