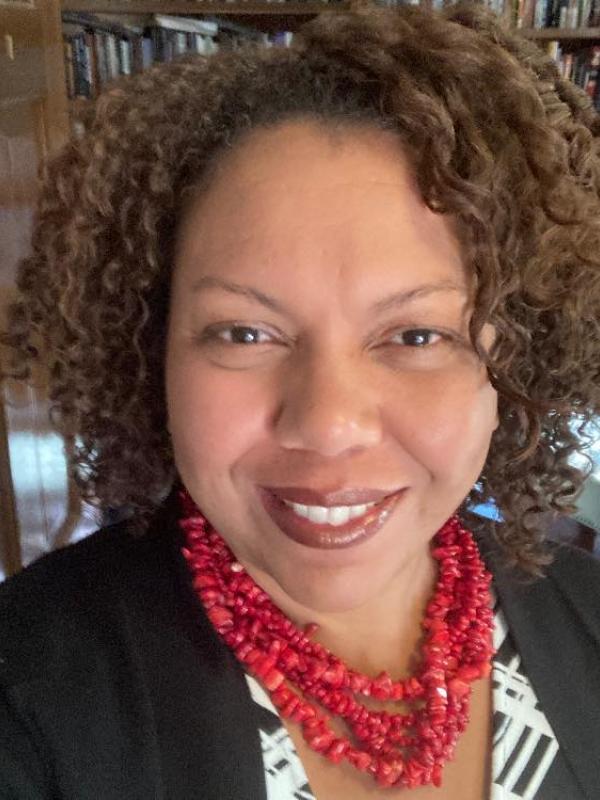 Simone C. Drake is the Hazel C. Youngberg Trustees Distinguished Professor in the Department of English. She is a faculty affiliate at the Moritz College of Law, the Kirwan Institute for the Study of Race and Ethnicity, the Department of African American and African Studies and the Department of Women’s, Gender, and Sexuality Studies.

Simone’s interdisciplinary research agenda focuses on how people of African descent in the Americas negotiate the intersections of race, gender, sexuality, class, and nation through the lenses of critical race, gender, and legal studies. She is particularly interested in how the humanities do and should inform public policy and law. She is the author of When We Imagine Grace: Black Men and Subject Making (University of Chicago Press 2016) and Critical Appropriations: African American Women and the Construction of Transnational Identity (Louisiana State University Press 2014, Southern Literary Studies Series); co-editor (with Dwan Henderson) of Are You Entertained?: Black Popular Culture in the Twenty-First Century (Duke University Press 2020); and numerous journal articles and book chapters; and the editor of The Oxford Handbook on African American Women’s Writing (in progress).

In 2020, she was the Alisa Mellon Bruce Visiting Senior Fellow at the Center for the Advanced Study in the Visual Arts at the National Gallery of Art where she did research on her current book project, Becoming Educated: A Midwest Story of Race, Law, and Culture, which considers the intersection between law, education, visual art, and music in relationship to the desegregation of Columbus (OH) Public Schools. Other current projects include the documentary short (with Celia Peters and Allen Coleman) Shutdown, a chronicling of a police raid on a Columbus high school in 1971 and its intersections with the founding of Black Studies at OSU; and the digital humanities project (with Eric Herschthal, Allen Coleman, Alison Furlong, and Computer Science Capstone students), Black Women’s Birthing Narratives.