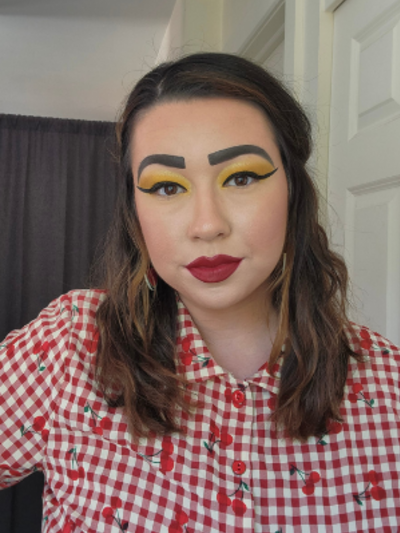 Katlin Marisol Sweeney-Romero is a PhD student in the Department of English at The Ohio State University who specializes in U.S. Latinx studies and popular culture. Her research interests include prison media, DIY culture, comics and zines by women of color and media portrayals of Central Americans in the U.S. She is the central coordinator of SOL-CON: The Brown, Black, and Indigenous Comix Expo and an executive team leader with the Latinx Space for Enrichment and Research (LASER), both at Ohio State. Her work can be found in The Routledge Companion to Gender and Sexuality in Comic Book Studies (Routledge, 2020), Cultural Studies in the Digital Age (Hyperbole Books, an imprint of SDSU Press, 2020), American Book Review and Revista de Estudios Hispánicos. She has presented at a number of conferences and symposiums, including the Michigan State University Comics Forum, the Multi-Ethnic Literature of the United States (MELUS) Conference, the National Association For Chicana and Chicano Scholars (NACCS) Conference, the Pacific Ancient and Modern Language Association (PAMLA) Conference, the Hispanic & Lusophone Studies Symposium and the Will Eisner Week Scholarly Symposium. Prior to her time at Ohio State, Sweeney-Romero also served as the editor for San Diego State University Press’ pacificREVIEW: A West Coast Arts Review Annual from 2017-2018, as an editorial assistant at SDSU Press from 2016-2018, as a peer coordinator at California State University San Marcos’ LGBTQA Pride Center from 2015-2016 and as the editor-in-chief of California State San Marcos’ independent student newspaper, The Cougar Chronicle, from 2013-2016.