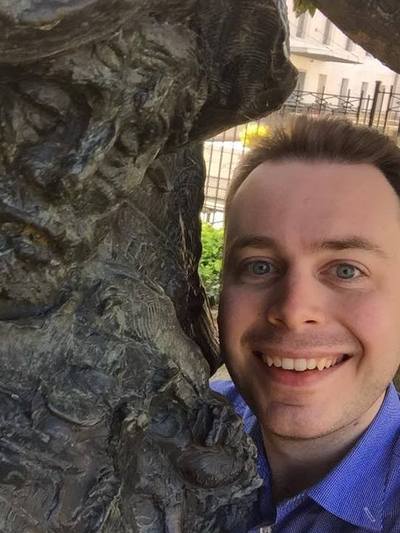 Justin Kuhn is a lecturer in the Department of English. His current book project, Exclusionary Republicanism: Drama and Politics in the 1650s, explores the pressing issue of citizenship, asking who gets to be a member of the body politic, participate in public discourse, and wield power—and who gets excluded? The book probes these questions by deepening our understanding of early modern drama during England’s transition from monarchy to representative self-rule after the execution of King Charles I in 1649. Kuhn’s research and teaching interests include early modern literature, Shakespeare and Renaissance drama, the history of the book, and transatlantic studies. He’s served as a research assistant on The New Oxford Shakespeare and has contributed descriptive entries on Henry IV Part 1 to the Folger Library’s online exhibition Shakespeare Documented.