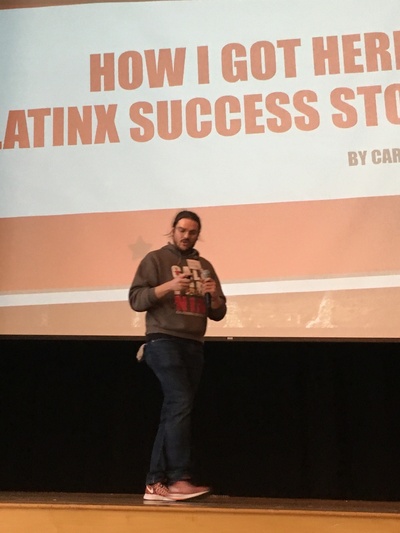 Carlos Gabriel Kelly is first-generation Mexican American and third-year Ph.D. student in the Department of English specializing in Latinx Studies and Video Game Studies. His research seeks to merge the two fields by interrogating the liminal spaces associated with video games, specifically video game consoles, and how Latinx theory, through mestizaje, can open up new modes of analysis and study. In Fall 2019, Carlos will complete his Graduate Interdisciplinary Specialization in Women’s, Gender, and Sexuality Studies. Apart from his duties as a student, he has also been the Executive Director of LASER since 2017, and as acting Co-Director he aims to continue growing LASER both within the community and on the OSU campus. His professional goals include publishing more books of poetry, writing a book-length dissertation, establishing his own LASER program at a university, and to ultimately gain a tenure-track position teaching large lecture hall classes to incoming freshman.