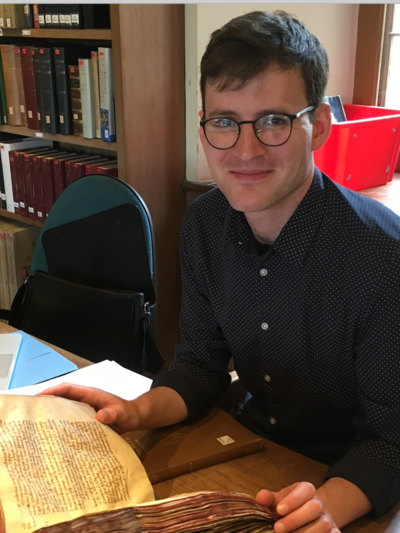 Nick is a Distinguished University Fellow and PhD candidate in medieval literature. His primary research interests include medieval discourses around sexuality, the body, the senses and Christian epistemology. His dissertation (“Tactile Theology: Gender, Sexuality, and the Sensorium in Medieval Literature") explores the relationship between gender and the sense of touch in a cross-section of medieval texts. He has published on the significance of the Middle Ages in modern culture, particularly among queer and trans activists, theorists and artists.