Each Ohio State University MFA candidate is a member of Writers Guild, an organization dedicated to enhancing student life and the university community through fundraisers, social activities, industry panels and recognition of graduating classmates. Its board serves as a liaison between graduate students and faculty to discuss developments and communicate news.

Once or twice a semester, a faculty member teams up with several MFA students to give a reading that is open to all.  These events are a special showcase for the MFA students to read their work.

Mother Tongue evenings offer MFA students an opportunity to read from their work to their peers in a spirited setting off campus. Students often dedicate much time and creativity to their introductions of one another, fostering an entertaining evening rich with camaraderie.  For the latest MoTo dates and information, please visit the Creative Writing Events page.

All MoTo readings are held at 7:30pm at the Barley's Brewing Company Underground,  467 N. High Street.

This event provides MFA students as well as the greater university and Columbus community with the opportunity to get firsthand advice from editors and, in some cases, literary agents. MCs ask questions provided to them by students. Please consider volunteering for one of the planning positions or committees: editor selection committee, catering coordinator, travel and hotel coordinator, publicity or MC coordinator.

Miller is the author of four poetry collections. He has cotranslated two books by Moikom Zeqo and he has coedited three books including Literary Publishing in the Twenty-First Century. Miller lives in Denver with his wife and two children and teaches at the University of Colorado Denver. He co-curates the Unsung Masters Series and edits Copper Nickel.

Bachko is a writer and editor in New York City. Her work has appeared in The New Yorker, The New York Times, Outside magazine and the Columbia Journalism Review.

Eric founded Two Dollar Radio with his wife, Eliza, and brother, Brian. His writing has appeared in The Brooklyn Rail, The Millions, Los Angeles Review of Books, The Rumpus, Columbus Alive, and on The Billfold. In 2008, at the age of 26, Eric and Eliza were included in Publishers Weekly's '50 Under 40' list. He enjoys playing competitive basketball on the weekends.

Amelia (Molly) Atlas is literary agent at ICM Partners. She started her career in publishing as an assistant at ICM and, after stints as a Berlin-based freelance book critic and as a senior publicist at Harvard University Press, she returned to ICM as an agent in 2012. Her list has a focus on literary fiction and narrative nonfiction, particularly history, current affairs, biography, science, and cultural criticism. Her recent and forthcoming titles include: Youngblood by Matt Gallagher, Hold Still by Lynn Steger Strong, Inherited Disorders by Adam Ehrlich Sachs, To Be a Machine by Mark O’Connell, and Dead Letters by Caite Dolan-Leach.

John Knight is an acquiring editor at Farrar, Straus and Giroux. Before coming to New York, he worked in San Francisco at McSweeney's and was the editor in chief of a long-form journalism magazine. At FSG he publishes both paperback originals and hardcover books of literary fiction and narrative nonfiction with a focus on cultural criticism, American history, nature, modern art, and biography. Recent titles include debut novels What Belongs to You by Garth Greenwell, which the New York Times calls “a rich, important debut,” and Cannibals in Love by Mike Roberts, as well as Shakespeare in Swahililand by Edward Wilson-Lee, Eye of the Sixties by Judith Stein, and Void Star by Zachary Mason.

Caryl Pagel is the co-founder and Editress in Chief of Rescue Press, which describes itself as “an independent publisher of chaotic and investigative work.” Pagel is also a poetry editor at jubilat, and the author of two collections of poetry, Twice Told (H_NG M_N Books) and Experiments I Should Like Tried at My Own Death (Factory Hollow Press). She is an Assistant Professor of English at Cleveland State University and the Director of the Cleveland State University Poetry Center, which has recently published titles such as A Bestiary by Lily Hoang and Residuum by Martin Rock. She also teaches graduate poetry and nonfiction classes in the NEOMFA Program in Eastern Ohio. 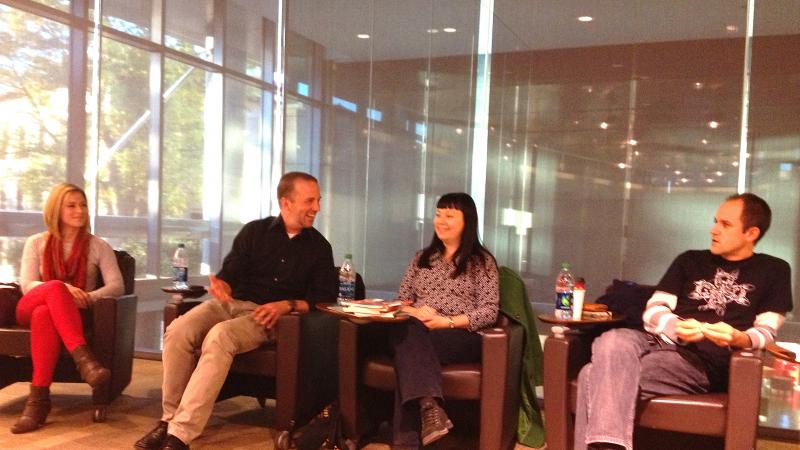 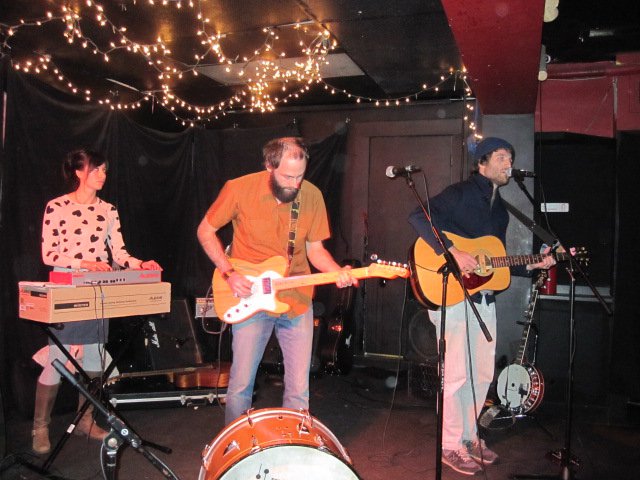 Epilog is an annual public performance which showcases creative work by third-year students in the MFA Program in Creative Writing.  Free and open to all Ohio State University students, staff, and faculty, as well as the greater Columbus community, Epilog is an opportunity for the public to discover the prose and poetry that is being created by current MFA students. Following brief introductions by creative writing faculty, participating students give readings of their poetry, essays, and stories in a formal, gala-like atmosphere.  Chapbooks including selections from each of the presenting students will be available at the event.  The event has been wholly sponsored and organized by Writers Guild, the MFA student organization, for the past 16 years.

Epilog presenters in the Ohio Union, 2017. (Photo by Maggie Cipriano.)